1969 was the year that Mick Jagger ‘strut his stuff’ at the ‘Stones in the Park’ concert at London’s Hyde Park, it was also the year that Neil Armstrong landed on the moon and uttered those immortal words ‘that’s one small step for man, one giant leap for mankind’.

That same year was also very significant for 19-year-old David Barron, who, after having had an incredible life changing experience working as a hairdresser on one of HM’s Cunard cruise liners, decided that he was going to change the image of the hairdressing industry.

So with the £300 he had saved up whilst working on the cruise ship he set off to find a suitable location to open his own salon. He found a little barbershop situated opposite Priory Park in Hornsey, North London where the elderly owner, Ted was about to retire.His first task was to create a radical new image for the outdated barbershop, so inspired by the Rolling Stone’s record ‘Paint it Black’ he set about painting it black, all black; black walls and ceiling. ‘Ted’s Barbershop’ had now transformed to ‘One Step Ahead’ and a new era of hairdressing had begun. 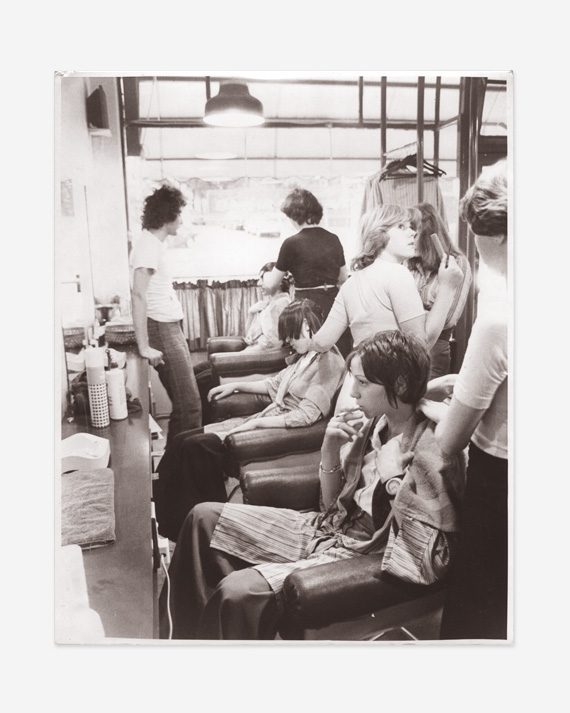 Mission – ‘to leave hair on’

David was on a mission to create a high profile image for men’s hairdressing like his mentor Vidal Sassoon had done for women’s hairdressing. He had mastered precision scissor cutting and styling techniques and developed longer hairstyles for men.

Word soon spread and within a short while people were coming from all over to have their hair cut and styled. It wasn’t just men that wanted fashionable, easy-wear haircuts, women wanted their hair cut into similar mod styles. And One Step Ahead became one of London’s first unisex hairdressers.

The times were rapidly changing, flower-power fashion influenced unisex clothing; men and women dressed in bell bottom and flared jeans; paisley shirts, dog collars and platform shoes, but it was the hair that remained dominant and One Step Ahead became one of the most popular places to go for unisex hairdressing.

As word went round and One Step Ahead’s reputation grew, it began to attract a lot of well known people. Local and national press started sending photographers to feature David’s work. Around this time David had developed a great interest in photography, wanting to produce his own professional images, he studied studio lighting and began to produce his own hair fashion images. 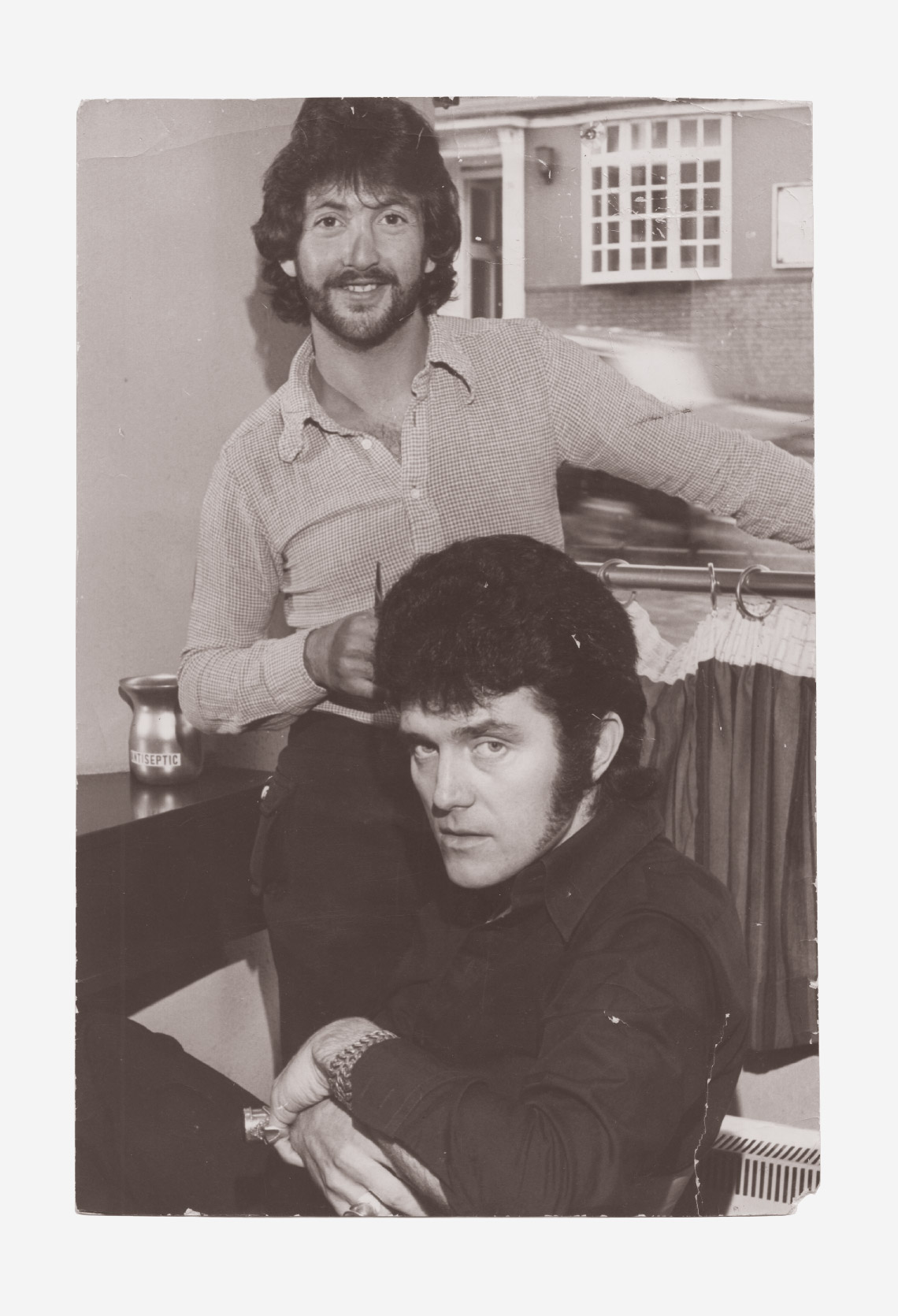 The 1970s and the David Barron Academy of Advanced
Haircutting

By 1973 the second salon had opened at the top of Muswell Hill adjacent to what used to be the ABC cinema, which sadly is no longer there.

The David Barron Academy of Advanced Haircutting was to follow, where David taught his method of precision scissor cutting and developed a unique razor cutting technique.

In 1975 the current site on Muswell Hill Broadway was acquired and One-Step-Ahead becomes Barrons Hairdressing and Photovision.

Being as passionate about photography as hairdressing prompted David to develope and set up his idea to unite the artistry of hairdressing and photography. He developed an in-salon photography service offering clients a professional photo-shoot which captured flattering images of them after their hair was styled and their make-up applied in the salon. This service became hugely popular and was to win Barrons Hairdressing the British Hairdressing Business innovation Award in 2000, and is still a unique part of the Barron services.

Barrons had its own make-over in January 2015 to reflect its modern relaxed and welcoming atmosphere and as part of the new look and re-branding image the s was removed from Barrons becoming simply Barron. Barron Hairdressing remains one step ahead in the hairdressing industry offering the latest developements for hair-colouring, hair re-structuring treatments and as always maintains that good-looking hair begins with an excellent haircut.

Those early core values of Passion-Vision-Dedication; are as significant today as they were back in those early days and are reflected by each member of the Barron team: Passion to inspire…Vision to create… Dedication to acheive the highest levels of service.